Peeling a ball using a roll shot will produce ‘pull’ on the croqueted ball (peelee) and the striker’s ball in the direction of the aiming line. Using a stop shot would produce less pull. 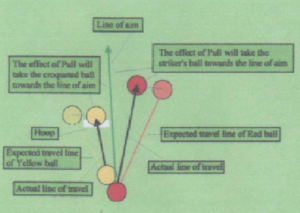 Diagram 1 illustrates the effect of pull when playing a roll shot in an attempt to peel a ball through a hoop. 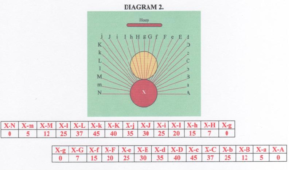 The assessments of the varying amount of pull shown in the charts are from experimentation and observation of different players and playing styles.

The weight of the mallet may also change the amount of pull on either or both balls. A stop shot would reduce the amount.

Anti-Pull. It is impossible for the balls to have a reverse pull effect if a roll shot is played hard, say peeling at penult and sending the striker’s ball to a pioneer at or past 2-back.